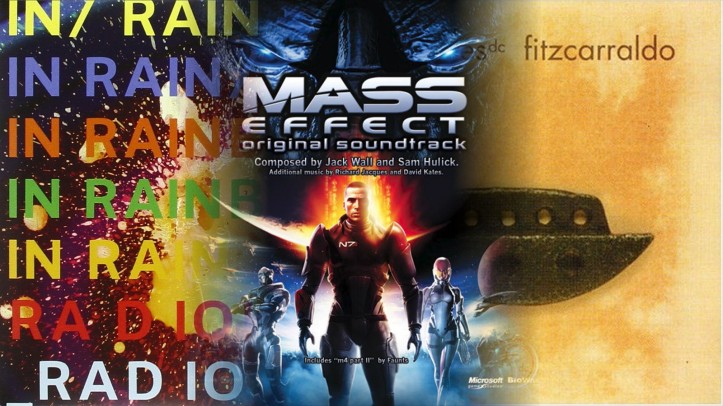 As every year, here’s my little summary of how last year treated us musically. In short I can say that 2011 was the year of songs from or around video games and (mostly) girls singing retro music.

First musical discovery of 2011 came just a few days into it, when I finished “Mass Effect” for the first time and found myself stuck to the screen as the credits were rolling for eight minutes, immersed by this absolutely hypnotizing song that accompanied them. Faunts (Jack Wall and Sam Hulick, the duo of composers of the “Mass Effect” score) put there their song and since that time I sometimes listen to in on repeat for hours, and everyone I play it to also is impressed. Great job, guys! Music and songs like this will help video games leave their ghetto!

While we’re on Mass Effect, check out this song. Really catchy tune (even if not too ambitious) and those lyrics that just stay in your head even if you’ve never played ME, and more so if you did. Plus, the amazing visuals in the video taken mostly from ME2 made me go and buy the sequel.

Now, for something more ambitious – while visiting friends in UK I had a chance to see a documentary about The Swell Season (Marketa Irglova and Glen Hansard, the people behind the movie “Once”), including clips from their concerts. That was the end of a long day, so I felt a little tired and wasn’t focusing much on what was said or sung, just relaxing in the coach… that is until Glen Hansard played a song of his own band, The Frames, from the album of the same name. That was a moment just like that scene from “Once” where a sound engineer, originally treating the main characters like a bunch of monkeys making mess in his studio, suddenly realizes they are actually pretty good. I sat up straight in the coach, all tiredness momentarily gone, and listened to the song. There are many things making it awesome – the violin, bass background, repetitive guitar riff the whole song is built on, and that passionate chorus… Amazing!

And while we’re on that, another song with similar attributes. I discovered Radiohead at the end of 2010 and begun with “OK Computer”. 2011 was all about “In Rainbows” and “Kid A”, both amazing albums, but very different from each other. If I had to pick just one song of Radiohead that was the greatest I heard in 2011, it would be this one, with “Kid A”’s “Optimistic” a close second. “Jigsaw…” contains many elements that made “Fitzcarraldo” great too – it’s catchy, fast, grasping, it’s build on a fast guitar riff with strong bass background, Thom Yorke’s vocals are passionate. Only instead of violin we have this woman humming sensually, which is even better!